Get fresh music recommendations delivered to your inbox every Friday.
We've updated our Terms of Use. You can review the changes here.

from Weight Of The World by Said And Done 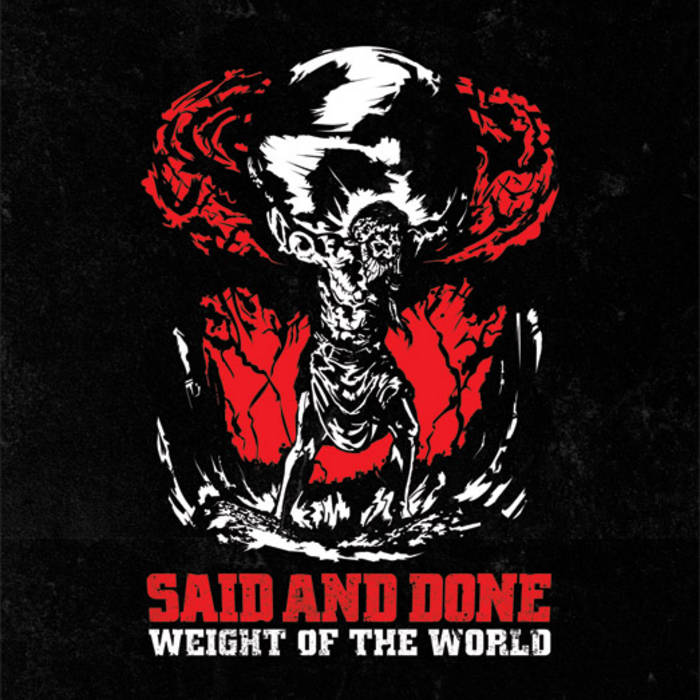 DROWN IN THIS WAVE
FOLLOWING THE FLOCK

Oh don’t think it’s over yet
Just look around and see the breeding ground
Unified by rules, grown out of control
Riding with the wave now, trying to fit in

We thought we learned
But nothing changed

You’re feeling safe in a crowd
Afraid to be left out, to be alone
Out with your freedom, forced into a mold
You’d never thought you’d end up amongst the flock

DON’T THINK YOU’RE DIFFERENT
WE ALL FOLLOW THE FLOCK

This was written after seeing the movie “Die Welle” (or maybe you have seen “The Wave“?). For those of you who don’t (I do recommend it though), it’s about an experiment done by a teacher and his class called “Third Wave“. Whether it really happened or not is not that relevant, it’s the thought that counts. People are so easy to manipulate, we’ve seen that in WO II, but we cannot think that’s behind us now. We haven’t learnt. In the Netherlands at this moment for instance the right wing is getting bigger and bigger, with idiotic proposals that bare a close resemblance in ideology to the ones that brought so much pain and misery upon us in the 40′s… People don’t think, they just follow the loudest voice, the biggest group. The power of a group, of a mass can be quite dangerous.